The Way of the Feminine

Tale of a Woman on the Buddha's Path.

I am still processing dream from two nights ago, where I was in South East Asia, playing Cinderella . . .

On my hand and knees, I am collecting with a small brush the human hair that has collected in a dirty red carpet leading to a business office. The job is tedious and unpleasant, and the brush ridiculously small compared to the amount of work to be done. I don't even have gloves, and have to pull all the hair out of the brush with my bare hands, into a bucket. A man with glasses comes out of the office and warns me that another bigger job awaits the next day, at another location by a large river.

Being a woman on the Buddha's path is an interesting journey, one of increasing awareness, where the world is viewed under the double lens of the feminine and the Dharma. 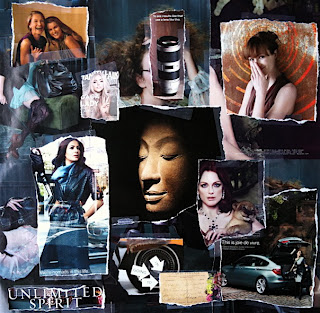 It makes one more and more discerning of the wrongful ideas, conventions, and constructs that permeate our patriarchal world. The patriarchy is everywhere, including in Buddhist circles. When I told one of my teachers that I was going away on a retreat with famed rebel, elder, and teacher  Ruth Denison, his answer was, "You are!!! You know she talks all the time . . . " I wondered why so much contempt? Another teacher, a woman and a student of the first teacher, gave me a similar response, almost verbatim. The patriarchy feels threatened by strong women.

The patriarchy also operates within lay institutions. One such example is in traditional mental healthcare, where the person is viewed as a patient to be fixed, with medications* preferably. The inequality in the doctor-patient relationship is flagrant and keeps striking me during my work as a psychotherapist, where I am often called to work in partnership with psychiatrists who are part of the medical establishment. There is hope however, including from men with a developed sense of the feminine. John Kabat-Zinn, Saki Santorelli in their work with Mindfulness-Based Stress Reduction, Dr. Allen Power as an advocate for humane dementia care, are example of such men leading the way and  transforming healthcare from the inside out.

Defying my teacher's contempt, I am leaving today for two-week retreat with Ruth Denison in her monastery, in the California desert. With the persons I am privileged to serve in psychotherapy, I continue to be their fierce advocate. I am also eagerly looking forward to bringing our Joy of Caring Mindfulness-Based Dementia Care approach into the mainstream of dementia care training for family and professional care partners. At Zen Hospice, I delight in serving the dying in a way that's in accord with their very needs, not those of a system that would like to deny the reality of death. And in this blog, and at the Huffington Post, I work relentlessly at highlighting some of the insidious thoughts that permeate the patriarchal way of thinking, and introducing a different way of meeting various situations, that is based on authenticity, and human connectedness.

How do you fit within the patriarchy?

*Not that I am opposed to medications, for there are instances when medications can definitely help!
Posted by Marguerite Manteau-Rao at 8:35 AM