Disrupting the Chain of Suffering

I did not want to miss the daylong with Leigh Brasington yesterday at IMC. Leigh is the Senior American Student of Ayya Khema, the late German nun whose teachings have made such a difference in my understanding of the Dharma. The day was a benefit for Ajahn Santikaro, another great teacher and colleague of Lee, currently struggling with cancer.  Leigh spent the day on the Dependent Origination teachings, a core concept at the heart of the Buddha's wisdom teachings, and an elaboration on the Four Noble Truths. Dependent origination is often described as a chain of 12 links, and exists in two forms: 1) Mundane Dependent Origination refers to the chain of causes and effects leading to our common human experience of unsatisfactoriness (dukkha), 2) Transcendental Dependent Origination refers to the chain leading to our liberation from dukkha.
Here are my partial notes from the day, with an emphasis on the first form of dependent origination. Mundane Dependent Origination (MDO) goes like this - all illustrations Buddhanet (Outer circle of Dependent Origination in Tibetan Wheel of Life)
old age, sickness, death (dukkha)
also unsatisfactoriness from passing phenomena* 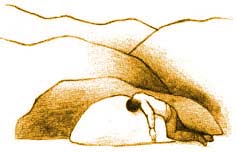 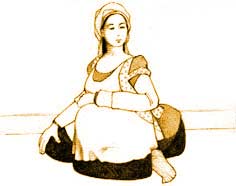 depends on
clinging (upadana)
Monkey grasping for a fruit 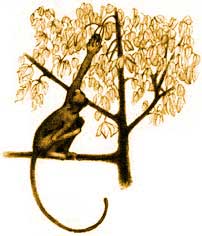 depends on
craving (tanha)
Person who keeps on drinking 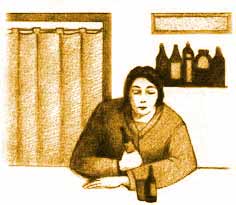 depends on
feeling (vedana)
Eye pierced by an arrow
Feeling from contact between sense organs and object
(either pleasant, unpleasant, or neutral) 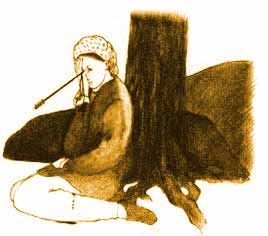 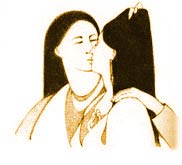 depends on
mentality-materiality (name-rupa)
Mind and Body
Two people in a boat
One is steering
Who is in charge? 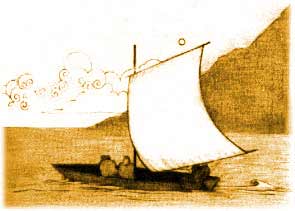 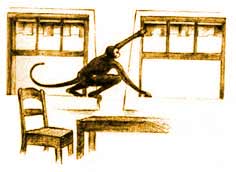 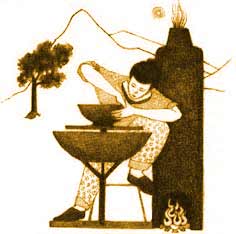 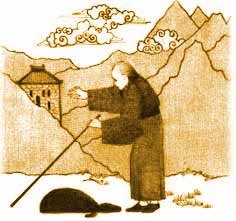 Each link is the expression of necessary conditions: with this [phenomenon], that arises, with the ceasing of this [phenomenon], this ceases. Dependent Origination takes place moment to moment, with all twelve links occurring with every sense contact. This is not a linear process. In figuring out Dependent Origination, the Buddha was mostly concerned with what to do about old age and death. In the end, the Buddha was able to overcome being bummed out by old age, sickness, and death (his experience of it, not the thing itself). The practical application of this teaching lies in figuring out the necessary conditions which we have most chance of manipulating.
The usual translation of the Pali word, sankhara does not capture its depth. Better is the translation into concoctions of the mind, meaning that we create the world out of ignorance, through distorted thoughts, emotions, memories. Our view of the world as separate pieces tends to hide the depth and holistic nature of what is really going on.  Because of our limitations, we take the universe and break it into good and bad and pick out one part as most important and that is 'me'. Everything other than nibbana (freedom from dhukkha) is concoctions. We need to pay attention to our interpretations because we often misinterpret things. This can happen if we are alert enough to see, through mindfulness.
A short term strategy for diminishing dukkha is to look at the critical link between vedana and craving, including our ability to become mindful of pleasant vedana when it occurs and our craving for it. In that gap lots of concoctions and false perceptions take place. We can also guard the sense doors to temper vedana. A longer term strategy to uproot dukkha is the abolition of ignorance.


Leigh's teachings on Dependent Origination and Anatta (not self) came as a great complement to Gil Fronsdal's recent series of talks on Anatta. When thinking about the self, we should not think in terms of an entity that roams. Rather, all that there is is dependently originated. Our mistake is not that we are identifying with the wrong object, but rather that we are identifying with any object at all. One thing arises due to cause and condition, then becomes cause and condition to something else, e.g. I am an English speaker due to certain causes and conditions. There is not identity to be found. No running to the past or the future, or asking 'am I?' or 'am I not?'. We make the mistake of thinking in terms of entities and nouns, when it is in fact all processes that are interrelated. Our small brains cannot take it all in. So we separate things out into convenient bundles, starting with 'me'. We are a mobile sensing device that makes the mistake of thinking of itself as separate from the universe. It is an optical delusion of some sort. In reality we are a part of the universe, that cannot exist without air, air pressure, etc. 'Me' is just a convenient way of referencing that mobile sensing device.

Leigh also addressed the concept of emptiness. We should deal with the craving for becoming by looking at the process of dependent origination, another way to say emptiness. We get caught on the notion of existence. One with right view does not take a stance on 'myself'. The middle way is between the notion of existence and non existence, eternalism and annihilation. It is about looking at the way in terms of dependently originating phenomena. I love this quote from Leigh, quoting his grandmother:

We make the mistake of going through life with the view of "What is inside is me, What is outside is mine." Emptiness is different from non existence. Rather emptiness deals with the non fixed nature of things that are all dependently originated. We realize the non existence of the essential nature of things. And we go back and forth between two views: the relative/conventional/partial view that enables us to function in this world, and the absolute/ultimate/sublime view that puts us in touch the true nature of the world, thus enabling us to be liberated from our ignorance.

Next I want to spend time reading reference materials shared by Leigh:
The Paradox of Becoming - Thanissaro Bhikkhu
Upanisa Sutta - Bikkhu Boddhi
Greater Discourse on the Destruction of Craving

Kaccayanagotto Sutta
Verses from the Centre - Stephen Batchelor
and I invite you to do the same. You may also listen to most of Leigh's  talk here on AudioDharma.
* added by me, not from Leigh's talk.
Posted by Marguerite Manteau-Rao at 3:35 PM